A few days ago, I was one of four LGBT panelists before a group of counselling students in Nanyang Polytechnic. Some were as young as 20 and some as old as 50+, and almost all of them had really scratchy knowledge about LGBT people, which just made it more exciting that they were even there.

The idea was to set up a snappy, rotating Ask Me Anything (AMA). The students would ask us any questions they had about LGBT people, and we were there because we wanted to answer them. Oogachaga hosted the evening, as it did the previous two live AMAs I’d participated in.

We broke the students up into four small groups, rotating the panelists in 20 minute intervals. 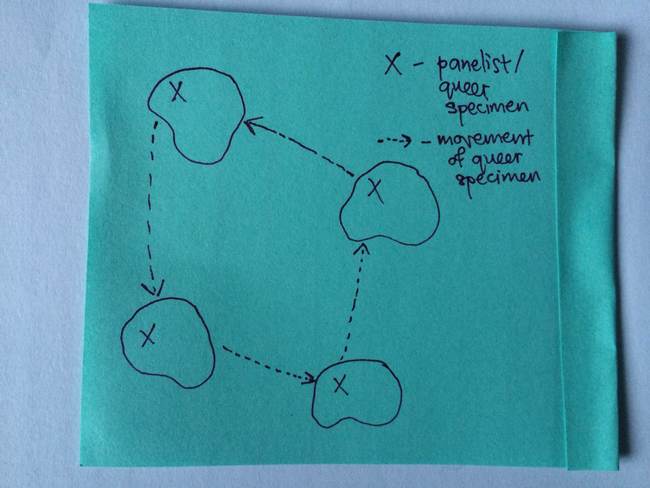 I spent about 50% of each 20 minute block talking about my life (“the usual”), and the other 50% taking questions. 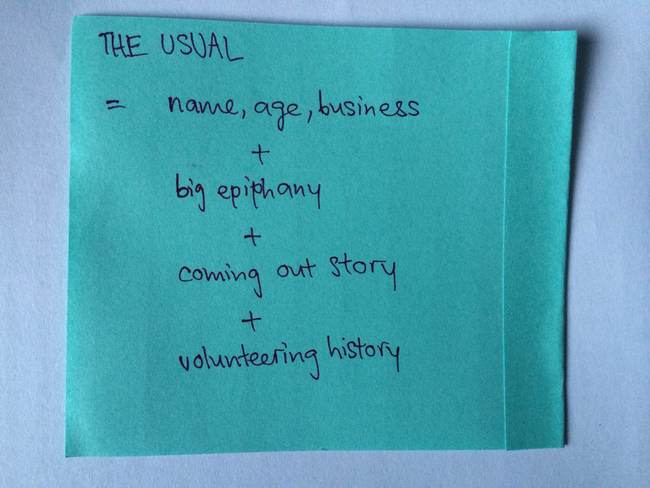 The students asked terrific questions - by that I mean a good number of their questions bordered on offensive. We were pretty much there to encourage the questions people are otherwise too embarrassed to ask. A summary of the ones I got:

2) NO YOU HAVE TO PICK. Has your best sex been with a woman or a man?

5) Is there a difference in your relationships with women and men?

6) Would you ever leave a guy for a girl, and vice versa?

7) So if you settle down with a guy, does that make you straight?

8) Who’s the guy in a lesbian couple?

9) Why is there usually a more boyish partner in a lesbian couple? Are the girly partners just straight?

10) Are there some women who just choose to be together?

11) Why do gay couples have to be so open? There’re children watching.

I don’t need to address these questions here, because there are already great answers all over the Internet.

But because I spent my baby queer days holed up in the deep end of the Internet, I know what search engine frustration feels like. It’s so much more efficient to have a human being tell you about “lesbian feminism” because I know exactly what you mean by “Aren’t there some women who are just together to make a statement?”. I know that telling you about diversity among bisexual folk is going to help you out with questions 7 and 9, and tangentially 5.

And people behave very differently when confronted with one another in the flesh. It’s easy to believe the myth of the queer menace, when there isn’t a beaming blue-haired misfit trying to persuade you that “It’s okay to talk about sex.” And I’m suddenly spinning insane analogies to answer your questions, where I might’ve just dissed them online with a “nope”.

I don’t think it’s fair. I think allies should be doing their due diligence with a little introspection powered by the Google. I think queer people are always expected to make creative, compelling cases for our own humanity, before an audience that is violent at worst and languid at best.

But I also think that we have to work with what we got, and what we got is seriously working - in two hours we held a conversation that months of Facebook war didn’t. We were there in a room and everyone was listening.

This is the text of what I said at Pink Dot today, word for word. “LGBT folk, queer, non binary, asexual, polyamorous friends - perverts of every stripe, and the people who associate with us! I’m incredibly happy to be here for the 4th... Continue →